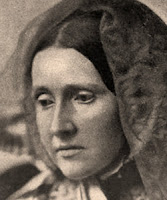 In November of 1861 Julia Ward Howe penned the immortal lyrics of The Battle Hymn of the Republic, which contains the following stanza:

"In the beauty of the lilies Christ was born across the sea,
With a glory in His bosom that transfigures you and me.
As He died to make men holy, let us die to make men free, While God is marching on." 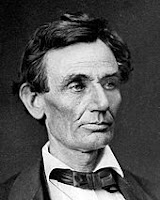 Confederate forces had fired on Fort Sumpter in South Carolina on April 12 of that same year, thus initiating the hostilities of the American Civil War.  Like Lincoln, Howe considered the scourge of war to be a manifestation of God's wrath. Subsequently, the words of her anthem have often been changed from "let us die to make men free," to "let us live to make men free."  But one thing is clear: Howe believed that there were things worth dying for.

True to Howe's anthem and subsequent interpretations, Abraham Lincoln lived and died to make men free.  Lincoln rightly understood and opposed the evil of slavery, issuing the Emancipation Proclamation on January 1, 1863 and working toward the ratification of the Thirteenth Amendment to the Constitution, while striving to preserve the Union. 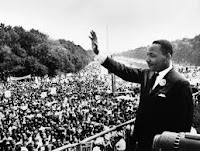 A century later (and 50 years ago, today), Martin Luther King, Jr., standing symbolically in the shadow of the Lincoln Memorial in Washington, D.C., delivered his monumental I Have a Dream speech. Not many years later, and not unlike Lincoln, King was assassinated.  A sniper's bullet struck him down shortly after he had delivered his last speech: I Have Been to the Mountaintop.  King was only 39 years old.

King eloquently described his dream with terms such as "brotherhood" and the need to "make justice a reality for all of God's children." He wished to see "justice [roll] down like waters and righteousness like a mighty stream."  In one of the most famous lines of his speech, King declared: "I have a dream that my four little children will one day live in a nation where they will not be judged by the color of their skin but by the content of their character." 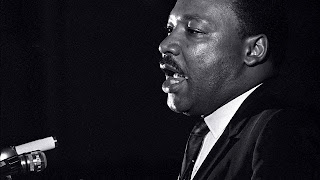 But this was not all.  Martin Luther King, Jr. drew upon the words of Isaiah, declaring: "I have a dream that one day every valley shall be engulfed, every hill shall be exalted and every mountain shall be made low, the rough places will be made plains and the crooked places will be made straight and the glory of the Lord shall be revealed and all flesh shall see it together."  King worked to hasten the day when "all of God's children, black men and white men, Jews and Gentiles, Protestants and Catholics, will be able to join hands and sing in the words of the old spiritual, 'Free at last, free at last. Thank God Almighty, we are free at last.'" 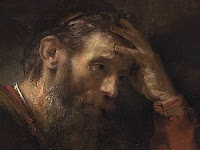 The Apostle Paul taught the Galatians in an epistle to "Stand fast therefore in the liberty wherewith Christ hath made us free" (Gal. 5:1), and he taught the Romans in an epistle "For the law of the Spirit of life in Christ Jesus hath made me free from the law of sin and death." (Romans 8:2)  As Christians, both Lincoln and King stood fast in the liberty that only Christ can bring. (see John 8:32)

But what about today?  Has King's dream been fulfilled, or, to quote Langston Hughes (a poet and a contemporary of King), is it merely a dream deferred?  Is President Barack Obama the fulfillment of the dream and the new mouthpiece for both Lincoln and King?  Are there other dreams, or is this the American Dream?


Approximately six hundred years B.C. a prophet and his family escaped from persecution in Jerusalem, and while tarrying in a tent in the wilderness, this prophet had a dream:

In this dream, the prophet Lehi "beheld a tree, whose fruit was desirable to make one happy." ( 1 Ne. 8:10)  Lehi partook of the fruit of the tree and his whole soul was filled with joy.  He desired to share this fruit with his family and with others.  Lehi's son Nephi, upon hearing his father's account of the dream, desired to know the truth of the dream for himself: 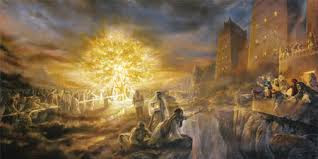 "And it came to pass after I, Nephi, having heard all the words of my father, concerning the things which he saw in a vision, and also the things which he spake by the power of the Holy Ghost, which power he received by faith on the Son of God—and the Son of God was the Messiah who should come—I, Nephi, was desirous also that I might see, and hear, and know of these things, by the power of the Holy Ghost, which is the gift of God unto all those who diligently seek him, as well in times of old as in the time that he should manifest himself unto the children of men." (1 Ne. 10:17)

In answer to Nephi's inquiry, he was also blessed with a dream, or a vision, like the dream of his father. He saw and heard many things, and learned the interpretation of the dream.  Not only this, but Nephi's vision stretched from the life and ministry of Jesus Christ, and further into the future, to see the fate of his posterity, the discovery and colonization of America, and even the end of the world.  All of this is recorded in the Book of Mormon, Another Testament of Jesus Christ.

In conjunction with the Bible, the Book of Mormon testifies of Jesus Christ, sets forth the doctrines of the gospel, outlines the plan of salvation, and "tells men what they must do to gain peace in this life and eternal salvation in the life to come."  It teaches the truth that the Apostle Paul, the poet Julia Ward Howe, President Abraham Lincoln, and the civil rights clergyman Martin Luther King, Jr. understood and valiantly defended, namely that "...where the Spirit of the Lord is, there is liberty." (2 Corinthians 3:17, see also Alma 61:15)
Posted by John Hancock at 10:57 PM