"Make no little plans; they have no magic to stir men's blood and probably themselves will not be realized. Make big plans; aim high in hope and work, remembering that a noble, logical diagram once recorded will never die, but long after we are gone be a living thing, asserting itself with ever-growing insistency. Remember that our sons and our grandsons are going to do things that would stagger us. Let your watchword be order and your beacon beauty."

Posted by John Hancock at 11:25 AM No comments: 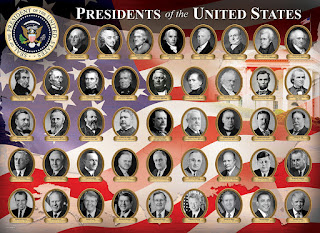 Happy Thanksgiving.
Posted by John Hancock at 9:15 AM No comments:

We Are Not Bound to Say All We Think

I just returned from the 2018 Neal A. Maxwell Lecture for the Neal A. Maxwell Institute for Religious Scholarship at BYU.  Elder Holland addressed members of the Maxwell Institute directly and specifically, and the administration, faculty, and students of Brigham Young University more generally.  The theme and the title of his address was "The Maxwell Legacy in the 21st Century."

Elder Holland recounted his first encounter with Elder Maxwell, then commissioner of Church Education, and he credited Elder Maxwell for providing much direction in his life as a disciple of Christ and as a scholar and a teacher.  Elder Holland made it clear that the mission of the Church and of BYU, though not the same, must be as closely aligned with each other as possible, and that the same thing must be true of the Maxwell Institute.  He challenged the Maxwell Institute to be among the best in faith promotion and world class Gospel scholarship.

Elder Holland shared many gems from the treasure trove of Elder Maxwell's teachings.  For example, Elder Maxwell taught that:

"There is as much vastness in the theology of the Restoration as in the stretching universe. 'There is space there' for the full intellectual stretching of any serious disciple. There is room 'enough and to spare' for all the behavioral development one is willing to undertake. No wonder, therefore, personal wholeness is required in discipleship. Genius without meekness is not enough to qualify for discipleship."

Elder Holland reminded his audience that discipleship precedes and informs scholarship, or, in Elder Maxwell's own words: "Though I have spoken of the disciple-scholar, in the end all the hyphenated words come off. We are finally disciples-men and women of Christ (see 3 Ne. 27:27)."  He also reminded his audience of Elder Maxwell's memorable metaphor that critics of the Church should not be allowed any "uncontested slam-dunks."

Why?  Elder Maxwell taught that: "A few hold back a portion of themselves merely to please a particular gallery of peers. Another might hold back a spiritual insight from which many could profit, simply wishing to have his or her 'ownership' established. Some hold back by not appearing overly committed to the kingdom, lest they incur the disapproval of particular peers who might disdain such consecration. In various ways, some give of themselves, even extensively, but not fully and unreservedly."

Elder Holland suggested some topics of study for the Maxwell Institute, including the importance of family life and kinship in early America, ordinances for the dead, holy spaces, and selections from The Joseph Smith Papers.  If we err, Elder Holland taught, we must err on the side of our covenants.

Elder Holland provided counsel regarding ways to maintain a balance with academic excellence, appropriate tone, and constant vigilance.  The Maxwell Institute cannot simply be synonymous with "Mormon Studies."  Instead, it must follow the example of the Scottish pastor George MacDonald who asked and answered his own question:

"Is every Christian expected to bear witness?  A man content to bear no witness to the truth is not in the kingdom of heaven.  One who believes must bear witness.  One who sees the truth must live witnessing to it.  Do we carry ourselves in bank, on farm, in house or shop, in study or chamber or workshop, as the Lord would, or as the Lord would not? Are we careful to be true? Do we endeavour to live to the height of our ideas? Or are we mean, self-serving, world-flattering, fawning slaves? When contempt is cast on the truth, do we smile? Wronged in our presence, do we make no sign that we hold by it? I do not say we are called upon to dispute, and defend with logic and argument, but we are called upon to show that we are on the other side. But when I say truth, I do not mean opinion: to treat opinion as if that were truth, is grievously to wrong the truth. The soul that loves the truth and tries to be true, will know when to speak and when to be silent; but the true man will never look as if he did not care. We are not bound to say all we think, but we are bound not even to look what we do not think."

Elder Holland also recalled that Elder Maxwell was fond of quoting Gandalf from J.R.R. Tolkien's appropriately named book The Return of the King:

"It is not our part to master all the tides of the world, but to do what is in us for the succour of those years wherein we are set, uprooting the evil in the fields that we know, so that those who live after may have clean earth to till. What weather they shall have is not ours to rule."

Finally, Elder Holland reminded his audience of Elder Dallin H. Oaks' clear instruction that the Maxwell Institute have no obsessions or cheering constituencies because the institute belongs to God.  I'm not sure why it is so difficult to find this particular speech online, but Spencer Fluhman has the full transcript of these remarks in his possession.  Here, at least, is an excerpt from that speech:

"The work of the Neal A. Maxwell Institute for Religious Scholarship must be genuine and pervasive—as broad as the spiritual interests of the children of God, as faithful as eternal truth, and as bright as the light of truth within us."

That is a great challenge for all of us, but it is a challenge that particularly pertains to the members of the institute that bears the name of Elder Neal A. Maxwell.

Posted by John Hancock at 10:09 PM No comments: