Slaying the Monster of the Status Quo: A Hero Theory 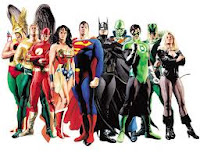 I have concocted a theory to explain a phenomenon that I have observed in recent years. The phenomenon of which I write is the rapid and exponential growth in the worship of superheroes, a worship that finds expression in cinemas, on game consoles, and on the pages comic books. As part of this worship, the rituals of movie going, video gaming and comic book reading bring the devotee closer to his or her hero of choice, enduing him or her with virtual power (or cyber power) and a feeling of catharsis. My theory is that increasing hero worship is subconscious attempt to fulfill the natural human yearning for something that is higher than ourselves. According to my theory, this form of worship seeps into the void that is left behind by the gradual decay of more traditional forms of worship, such as the kind of worship that is commanded by the Judeo-Christian God of the Bible.


Please understand. This is only a theory. I have also participated in the rituals of Spiderman, Batman and other heroes. I enjoy a good superhero story as much as the next person. The Incredible Hulk is still incredible. The Incredibles are still... incredible. Captain America is still a good captain. Wonder woman is still wonderful. Superman is still super. (Is Ironman in any way ironic? Perhaps.) 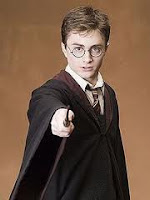 But I am beginning to wonder if one of the reasons that heroes with supernatural powers (think of Harry Potter) or heroes with special abilities (think of Katniss Everdeen) are increasing in popularity is not because there is a surging and common longing for something that transcends our present predicaments. That is to say, do malnourished imaginations crave more and more the junk food of popular culture because there is a dearth of what the world really needs, namely real heroes and heroines? One after another, digital superheroes tantalize and temporarily assuage the appetites of our ravenous collective consciousness only to be evacuated through the irritable bowels of our short-term memory, leaving us even hungrier for heroes than we were before our chimerical stomachs started growling. 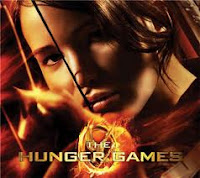 This may be too much to digest. But once again, this is only a theory, and I would be happy to have it proved wrong. It may be true that real heroes are on the rise, most of whom are of the unsung variety. There is, of course, a sense in which the aforementioned post-modern heroes are all shadows of true heroes, shades that fit somewhere into the schemes that Joseph Campbell once posited in his writings.


Whatever the case, Campbell and others have demonstrated through their research that there is a universal human inclination toward hero myths. These myths, like allegories and parables, often contain symbols that communicate transcendent truths that are accessible to all who desire to understand and who are prepared to receive them. This universal human longing has the power to eclipse the desires that cause us to remain in the dreary realm of mere information or so-called facts.

In assessing the current state of hero worship, perhaps it would be helpful to review a few examples of the archetypes that Campbell outlined in his famous book The Hero With A Thousand Faces. Consider for example the following ideas:


-the call to adventure


"The call to adventure signifies that destiny has summoned the hero and transferred his spiritual center of gravity from within the pale of this society to a zone unknown. This fateful region of both treasure and danger may be variously represented: as a distant land, a forest, a kingdom underground, beneath the waves or above the sky, a secret island, lofty mountaintop, or profound dream state; but it is always a place of strangely fluid and polymorphous beings, unimaginable torments, superhuman deeds and impossible delights."


"And so it happens that if anyone - in whatever society - undertakes for himself the perilous journey into the darkness by descending, either intentionally or unintentionally, into the crooked lanes of his own spiritual labyrinth, he soon finds himself in a landscape of symbolical figures (any one of which may swallow him) which is no less marvelous than the wild Siberian world of the pudak and sacred mountains."


-the road of trials


"Or do ye think that ye shall enter the Garden (of bliss) without such (trials) as came to those who passed away before you? they encountered suffering and adversity, and were so shaken in spirit that even the Messenger and those of faith who were with him cried: "When (will come) the help of Allah?" Ah! Verily, the help of Allah is (always) near!" (Qu'ran, Yusufali 002:214)


-the meeting with the goddess


"The ultimate adventure, when all the barriers and ogres have been overcome, is commonly represented as a mystical marriage of the triumphant hero-soul with the Queen Goddess of the World. This is the crisis at the nadir, the zenith, or at the uttermost edge of the earth, at the central point of the cosmos, in the tabernacle of the temple, or within the darkness of the deepest chamber of the heart. The meeting with the goddess (who is incarnate in every woman) is the final test of the talent of the hero to win the boon of love (charity: amor fati), which is life itself enjoyed as the encasement of eternity. And when the adventurer, in this context, is not a youth but a maid, she is the one who, by her qualities, her beauty, or her yearning, is fit to become the consort of an immortal. then the heavenly husband descends to her and conducts her to his bed- whether she will or not. And if she has shunned him, the scales fall from her eyes; if she has sought him, her desire finds its peace."


"Woman, in the picture language of mythology, represents the totality of what can be known. The hero is the one who comes to know. As he progresses in the slow initiation which is life, the form of the goddess undergoes for him a series of transfigurations: she can never be greater than himself, though she can always promise more than he is yet capable of comprehending. She lures, she guides, she bids him burst his fetters. And if he can match her import, the two, the knower and the known, will be released from every limitation. Woman is the guide to the sublime acme of sensuous adventure. By deficient eyes she is reduced to inferior states; by the evil eye of ignorance she is spellbound to banality and ugliness. But she is redeemed by the eyes of understanding. The hero who can take her as she is, without undue commotion but with the kindness and assurance she requires, is potentially the king, the incarnate god, of her created world."


"Such is royal rule? Such is life itself. The goddess guardian of the inexhaustible well- whether as Fergus, or as Actaeon, or as the Prince of the Lonesome Isle discovered her- requires that the hero should be endowed with what the troubadours and mine singers termed the "gentle heart". Not by the animal desire of an Actaeon, not by the fastidious revulsion of such as Fergus, can she be comprehended and rightly served, but only by gentleness: aware ("gentle sympathy") it was named in the romantic courtly poetry of tenth-to twelfth-century Japan."


"The meaning is very clear; it is the meaning of all religious practice. The individual, through prolonged psychological disciplines, gives up completely all attachment to his personal limitations, idiosyncrasies, hopes and fears, no longer resists the self-annihilation that is prerequisite to rebirth in the realization of truth, and so becomes ripe, at last, for the great at-one-ment. His personal ambitions being totally dissolved, he no longer tries to live but willingly relaxes to whatever may come to pass in him; he becomes, that is to say, an anonymity. The Law lives in him with his unreserved consent."


"One must have faith that the father is merciful, and then a reliance on that mercy. Therewith, the center of belief is transferred outside of the bedeviling god's tight scaly ring, and the dreadful ogres dissolve."


"And so, to grasp the full value of the mythological figures that have come down to us, we must understand that they are not only symptoms of the unconscious but also controlled and intended statements of certain spiritual principles, which have remained as constant throughout the course of human history as the form and nervous structure of the human physique itself."


"The child of destiny has to face a long period of obscurity. This is a time of extreme danger, impediment, or disgrace. He is thrown inward to his own depths or outward to the unknown; either way, what he touches is a darkness unexplored. And this is a zone of unsuspected presences, benign as well as malignant: an angel appears, a helpful animal, a fisherman, a hunter, crone, or peasant."


"The supreme hero, however, is not the one who merely continues the dynamics of the cosmogonic round, but he who reopens the eye - so that through all the comings and goings, delights and agonies of the world panorama, the One Presence will be seen again. This requires a deeper wisdom than the other, and results in a pattern not of action but of significant representation. The symbol of the first is the virtuous sword, of the second, the scepter of dominion, or the book of the law. The characteristic adventure of the first is the winning of the bride - the bride is life. The adventure of the second is the going to the father - the father is the invisible unknown."


"The way to become human is to learn to recognize the lineaments of God in all the wonderful modulations of the face of man."


"The modern hero, the modern individual who dares to heed the call and seek the mansion of that presence with whom it is our whole destiny to be atoned, cannot, indeed must not, wait for his community to cast off its slough of pride, fear, rationalized avarice, and sanctified misunderstanding. "Live," Nietzsche says, "as though the day were here." It is not society that is to guide and save the creative hero, but precisely the reverse. And so every one of us shares the supreme ordeal-carries the cross of the redeemer - not in the bright moments of his tribe's great victories, but in the silences of his personal despair."

-slaying of the dragon


"For the mythological hero is the champion not of things become but of things becoming; the dragon to be slain by him is precisely the monster of the status quo: Holdfast, the keeper of the past." 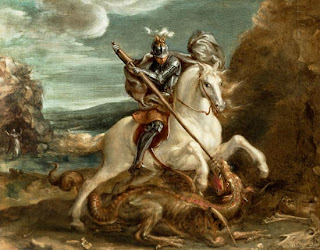 With these concepts in mind, what do you think? Is hero worship on the rise? Why or why not? Are new heroes needed? If so, what form will they take and which archetypes will they arise from?
Posted by John Hancock at 1:18 AM