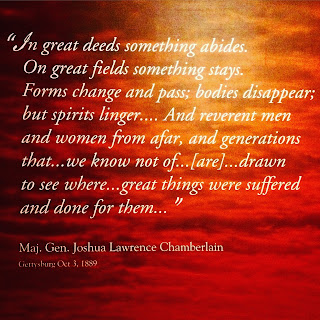 (Credit to my brother Nathaniel Hancock for discovering and sharing this quotation)
Posted by John Hancock at 7:50 PM No comments: 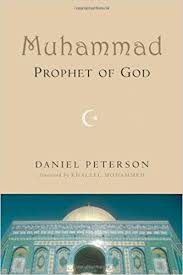 Who was Muhammad?  What is the origin of the Qur'an?  What is Islam?  How did Muhammad found a world religion, an empire, and a civilization?  "Amid the swirl of current judgments regarding Muslims and their religion," writes Khaleel Mohammed in the forward to Muhammad: Prophet of God, "this book by Daniel Peterson offers a concise, objective, accessible biography of the first Muslim."  Parviz Morewedge praises Peterson's book as "the best scholarly text on the prophet Muhammad written by a Christian."  It is "a must-read, especially for non-Muslims who are interested in a solid, compassionate treatment of Muhammad's vision and accomplishments."  I couldn't agree more.

Peterson's book Muhammad: Prophet of God begins with an overture and a summary of the pre-Islamic period known as the "Arabian Jahiliyya" or the "Age of Ignorance," thus situating the prophet in his historical context.  Peterson's subsequent portrait of the birth and life of Muhammad is also rigorously researched and lucidly composed.  At the conclusion of his book, Peterson concedes that "Muhammad remains, today, a challenge for interpretation, a complex but commanding figure - much as he was for his own contemporaries." (p. 180)  Nevertheless, those who study Peterson's biography attentively will appreciate the sincerity, the character, and the charisma of the prophet Muhammad. Moreover, the charitable reader will gain a greater respect for the faith of the nearly two billion people who belong to the fastest growing religion, and the second largest religion in the world after Christianity.

Peterson introduces Muhammad as "a native of Mecca, a small oasis town dominated by an Arab tribe known as the Quraysh, who controlled its economy and politics and enjoyed immense religious prestige in connection with the local shrine known as the Ka'aba." (p. 15)  He was born into a "religiously complex" environment that was "suffused with a sense of spiritual anticipation." (p. 31) There are many disputed facts regarding the life of Muhammad, but Peterson asserts that he was born "into a religiously aristocratic Meccan family" that "had fallen on hard economic times and had perhaps lost out in certain squabbles and conflicts with other factions." (p. 34)  Muhammad was thus a "scion of a distinguished family, but poor - rather like a penniless aristocrat." (p. 37)  Peterson recounts with fairness some of the legends that surrounded the birth and childhood of the prophet.

For example, Muhammad is said to have been illiterate.  "The apologetic purpose of this," Peterson notes, "is immediately apparent: an illiterate Muhammad renders the miraculous nature of the Qur'an more dramatically evident." (p. 40)  Furthermore, "traditional Muslim accounts report that the Jews, too, were expecting the arrival of a prophet in Arabia - but that they also expected him, naturally enough, to come through a Jewish lineage." (p. 43)  Muhammad was a trustworthy young man who attracted the attention of the beautiful, older and wealthy daughter of Khuwaylid named Khadija. Muhammad married Khadija who gave him a wedding gift of a young slave boy named Zayd.  They had six children, four daughters and two sons, the latter of whom died very young.  Muhammad's role as the future prophet and uniter of the Arabs was foreshadowed by his replacement of the sacred stone and the reconstruction of the Ka'ba. (p. 48)

Peterson recounts that Muhammad was acutely aware of the "flaws and injustices of Mecca's stratified society." (p. 49) Some time after he began the "practice of withdrawing to a cave on Mount Hira" to meditate, "sometimes for several days and nights in a row," and "at some point near his fortieth year, Muhammad began to experience 'true visions,' which he said came to him while he was sleeping." (p. 50)  Peterson's account of Muhammad's early revelations is worth reading in its entirety, but in summary, Muhammad experienced a theophany.  Only later was the angel Gabriel identified as the vehicle of the revelation to "the messenger of God." (p. 52-53)

Muhammad himself insisted that he was not an innovator but a messenger.  He "saw himself as getting behind the divisions of Judaism and Christianity, back to the original muslim or 'submitter,' Abraham."  With some initial trepidation, and with encouragement from another revelation, Muhammad "began to speak to his closest kind of his revelations and of his experience with the angelic messenger." (p. 63)  Like many prior and subsequent prophets, Muhammad was rejected by most of his fellow citizens.  Peterson describes this rejection: "The wealthy and influential citizens of Mecca largely held back form the new religion.  The ruling elite were too comfortable, too satisfied with the status quo, to feel any strong spur to change." (p. 65)  Conflict with the Quraysh led to the Hijra, or the migration of the prophet and his followers from Mecca to Yathrib, later called Medina. Soon after this exodus, Muhammad experienced the mir'aj or "Night Journey."  For those who wonder why Muslims pray five time per day, I recommend this chapter on The Hijra.

The move from Mecca to Medina transformed Muhammad from a mere messenger into "a prophet-statesman, the founder of a political order and eventually of an empire that would change the history of the world." (p. 91)  Muhammad and his followers faced much strife with the Meccans, the Quraysh, and many others, but in what Muslims acknowledge as miraculous ways, they prevailed over their enemies.  Eventually, Muhammad and the other muslims returned to Mecca and regained control of the Ka'ba.  Muhammad restored monotheism and the worship of Allah, and abolished idolatry.  Peterson shows that Muhammad was merciful, "quite contrary to the image by which he has been stigmatized in the West, of bloodthirstiness and cruelty." (p. 148)  Peterson provides numerous examples of the prophet's clemency and noble character.  He was a man who believed and taught that the greater jihad was not war, but "the struggle with one's own soul." (p. 151)  Muhammad was gracious to his former enemies and showed a great deal of tolerance toward other "peoples of the Book." (p. 155)

There is much more to be savored in Peterson's excellent book Muhammad: Prophet of God.  Read it as soon as you can, because Dr. Peterson's new book will also be worth reading. 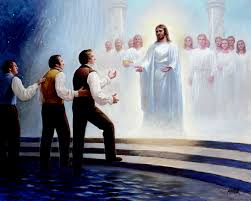 I'm not sure how this story has eluded me until now.  In any case, I love it.  Praise to the man.

Posted by John Hancock at 11:52 PM No comments: