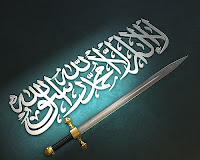 Many centuries ago, in Arabia, Mohammed attracted a lot of criticism for preaching against the polytheists of his day.  Islam was a monotheistic religion.  According to Muslims, one of the gravest sins was, and still is, to worship anything other than Allah, the one true God.  In modern Islamic countries, many people consider the West to be morally decadent, and the United States to be a particularly idolatrous nation.  Although I certainly oppose any form of terrorism and radical Jihad, I think that Mohammed may have been on to something.  In other words, as much as I dislike Al-Quaeda, the Taliban, and Hamas, perhaps the Qur'an has something to teach Americans in general, and especially the youth.

Of course, Americans are not necessarily polytheists in the way that early Arabians were polytheists.  I believe that, on the whole, Americans and people of all nations are good.  Nevertheless, as Spencer W. Kimball once taught, there are many false gods that we worship, and people seek after the wrong things: 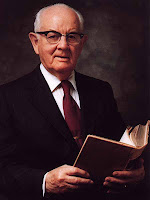 "They seek not the Lord to establish his righteousness, but every man walketh in his own way, and after the image of his own God, whose image is in the likeness of the world, and whose substance is that of an idol, which waxeth old and shall perish in Babylon, even Babylon the great, which shall fall.” (D&C 1:16; italics added.)

Then this stirring statement:

"In spite of our delight in defining ourselves as modern, and our tendency to think we possess a sophistication that no people in the past ever had—in spite of these things, we are, on the whole, an idolatrous people—a condition most repugnant to the Lord."

There is a pattern in history with so many unique variants - the Egyptians, the Israelites, the Greeks, the Romans, the Jaredites, the Nephites, etc. - good people who prospered, forgot God, and began to worship idols of their own making.  Moses was not in Horeb for very long before the Israelites had produced a golden calf.  When he returned from the mountain (in spite of his prayers that God would spare his people), he was so incensed that he threw down the tablets, burned the golden calf in a fire, mixed the powder that remained of the idol with water, and made the children of Israel drink.

Many years later, Isaiah opposed idolatry among his own people. After that, Mohammed faced similar problems with his people, and not long ago President Kimball warned of modern idols.  The idols may vary among times, among nations, and among individuals, but the solution has always been the same: repent, and turn to God.  We may not be forced to drink l'eau de veau d'or (golden calf water), but I can hardly imagine that an alternative modern mixture would taste any better.