A Defense of Elder Callister's Ensign Article on Morality

What Elder Callister wrote is true.
Posted by John Hancock at 11:21 AM No comments:

The Faith of an Observer

For those who never met Hugh Nibley, and I suppose even for those who have met him, here is a short documentary about his life (The Faith of an Observer) that will provide an excellent background for understanding his work.  Enjoy!
Posted by John Hancock at 8:10 AM No comments:

All Are Alike Unto God: From Johnny Carson to Darius Gray

On February 2, 1977, entertainer and comedian Johnny Carson hosted Alex Haley, author of Roots, on The Tonight Show. The production of a television series based on Haley's novel, combined with Haley's appearance on The Tonight Show, contributed to a growing American interest in genealogy. Mr. Haley presented a book to his host that contained a description of Johnny Carson's ancestors for seven generations back: "Here is a book, everything possible to know about your family. My friends at the Institute of 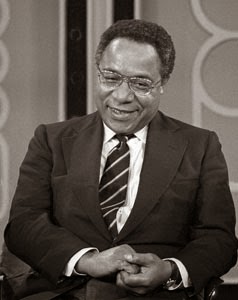 Family Research in Salt Lake City, Utah, put this together. They got together on this in the last 48 hours. They put in 300 man hours preparing it... the whole thing of genealogical searching produces a kind of colleagueship among people who are involved in it. The Mormon church, you know, has the greatest collection in the world."

Nearly a decade earlier, Haley had already conducted a rare interview with the same, somewhat reclusive television icon. When Haley asked him about his public and his private persona, Carson simply replied: "...you’re welcome to think whatever you want about me. But there’s only one critic whose opinion I really value, in the final analysis: Johnny Carson. I have never needed any entourage standing around bolstering my ego. I’m secure. I know exactly who and what I am. I don’t need to be told. I make no apologies for being the way I am. I’m not going to run around crying that I’m misunderstood. I play my life straight—the way I see it." Nevertheless, a decade later, when Haley presented him with a record of his host's ancestry, Johnny Carson was impressed to learn more of his heritage: "This is incredible. I can't thank you enough." Carson's generous guest had already traced his own ancestry back through the Civil War and slavery to his forefather Kunta Kinte, a man who was pressed into American slavery from his native Africa in the 1760's. 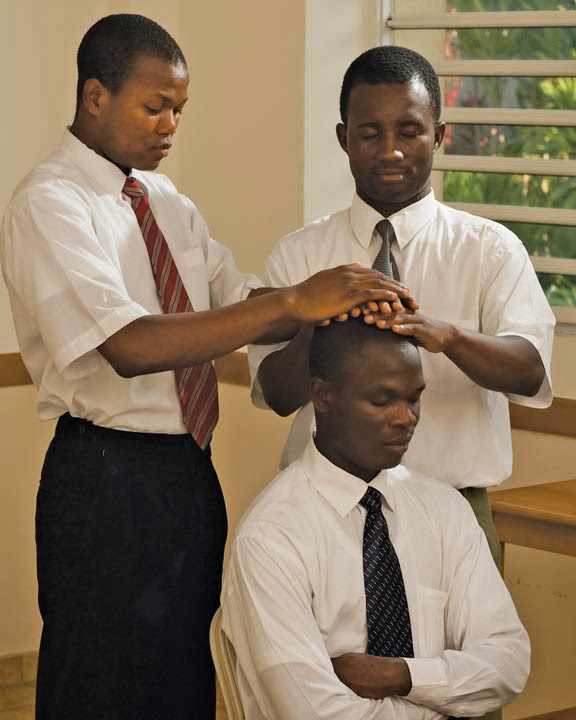 Both Alex Haley and Johnny Carson benefited, as have many others, from the genealogical efforts of the Church of Jesus Christ of Latter-day Saints, a Church that declares unequivocally that the Gospel of Jesus Christ is for all people: " ...for [the Lord] doeth that which is good among the children of men; and he doeth nothing save it be plain unto the children of men; and he inviteth them all to come unto him and partake of his goodness; and he denieth none that come unto him, black and white, bond and free, male and female; and he remembereth the heathen; and all are alike unto God, both Jew and Gentile." (2 Ne. 26:33) In April of 2006, then Prophet and President of the Church Gordon B. Hinckley stated: "I remind you that no man who makes disparaging remarks concerning those of another race can consider himself a true disciple of Christ. Nor can he consider himself to be in harmony with the teachings of the Church of Christ. How can any man holding the Melchizedek Priesthood arrogantly assume that he is eligible for the priesthood whereas another who lives a righteous life but whose skin is of a different color is ineligible?"

Recently, the Church added a more detailed explanation to its website of matters concerning race and the priesthood: "In theology and practice, The Church of Jesus Christ of Latter-day Saints embraces the universal human family. Latter-day Saint scripture and teachings affirm that God loves all of His children and makes salvation available to all. God created the many diverse races and ethnicities and esteems them all equally. As the Book of Mormon puts it, 'all are alike unto God.'"

The prophet-translator of the Book of Mormon, Joseph Smith, opposed slavery.  A revelation that he received in December of 1833 made it abundantly clear why the Lord condemned slavery: "Therefore, it is not right that any man should be in bondage one to another." (D&C 101:79) Notwithstanding the clear message of the scriptures and of the prophets, whether anciently or in modern times, there has been no shortage of racial strife and tension throughout history.  Even though the 13th, 14th and 15th amendments to the Constitution of the United States were ratified in 1865, 1868, and 1870 respectively, racism did not abate, and segregation increased (see, for example, the PBS documentary Slavery by Another Name).  It took another century of time and the unrelenting courage of advocates of the Civil Rights Movement (see, for example, the PBS documentary Eyes on the Prize, or the History Channel's Voices of Civil Rights) to begin to create a culture in which the rights of all men could be respected equally.  As Dr. Martin Luther King, Jr. was fond of repeating, "The arc of the moral universe is long, but it bends toward justice."

Not long before Johnny Carson received his genealogical record from Alex Haley on The Tonight Show, there had been race riots in several regions of the United States.  Not long after Alex Haley's interview of Johnny Carson, Dr. Martin Luther King, Jr. was assassinated.  Even though King had advocated for the use of "the weapon of love" to combat racism, his own life was taken tragically by violence.

Under these trying circumstances, in 1978, the Prophet Spencer W. Kimball and the First Presidency of The Church of Jesus Christ of Latter-day Saints authorized the canonization of a revelation that they had received from the Lord to rescind the restriction on priesthood ordination for all worthy men.  Many rejoiced as the time had come to do away with old prejudices and ill-conceived theories concerning the black race.  Even though many misconceptions about race have persisted, more and more reliable resources have become available to help increase understanding of both race and history.  For those who may be interested in deepening their understanding of the role of blacks in scriptural history and in the history Church of Jesus Christ of Latter-day Saints, I highly recommend a perusal of The Genesis Group website.  I also recommend viewing the following lecture by Darius Gray on Blacks in the Bible, and the award winning documentary Nobody Knows: The Untold Story of Black Mormons.  Most of these resources are available online or through a city library.  One might even be surprised to discover that the bloodline of Jesus Christ himself was not without traces of a black heritage.  All the more reason to remember that "all are alike unto God."


Posted by John Hancock at 6:39 PM No comments:

"Whatever God requires is right, no matter what it is, although we may not see the reason there of until all of the events transpire." (Teachings of the Prophet Joseph Smith, p. 256)

"Joseph Smith taught that working by faith is working by the power of mental exertion rather than physical force. (Lectures on Faith 7:3)  I am persuaded that the mental exertion of which he spoke is not merely a cognitive exercise, but rather a stern, strenuous effort, a spiritual search to know the will of God and then to accept and abide by that will. "Working by faith is not the mere speaking of a few well-chosen words," Elder Bruce R. McConkie has written; "anyone with the power of speech could have commanded the rotting corpse of Lazarus to come forth, but only one whose power was greater than death could bring life again to the brother of Mary and Martha. Nor is working by faith merely a mental desire, however strong, that some eventuality should occur. There may be those whose mental powers and thought processes are greater than any of the saints, but only persons who are in tune with the Infinite can exercise the spiritual forces and powers that come from him." In short, "Faith cannot be exercised contrary to the order of heaven or contrary to the will and purposes of him whose power it is. Men work by faith when they are in tune with the Spirit and when what they seek to do by mental exertion and by the spoken word is the mind and will of the Lord." (A New Witness for the Articles of Faith, pp. 191-92, emphasis added.) - Robert Millett

Posted by John Hancock at 9:16 PM No comments: