Jerusalem: A City, A Movie, A Book 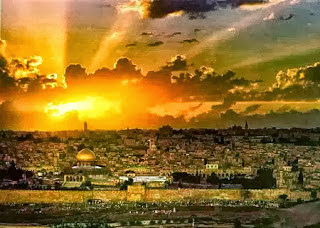 This evening a friend and I went to Thanksgiving Point to view the spectacular Jerusalem: The Movie, a panoramic, aerial and historical IMAX film rendering of the city that was at one time considered the center of the world. 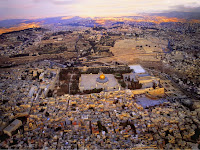 Producers Taran Davies, George Duffield, and Daniel Ferguson take the audience on a 45 minute tour of Jerusalem as seen through the eyes of three girls: one Jewish, one Muslim and one Christian.  The views of Israel and the major holy sites of the Holy Land are breathtaking, and the cultural commentaries are balanced and informative. 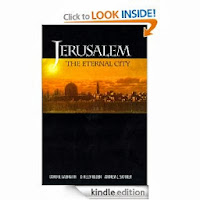 Jerusalem: The Movie is a good introduction to a city that looms large in world history, and whose future promises to be as exciting, if not more so, than its illustrious past. For those who wish to delve deeper into the subject of Jerusalem, I also recommend the Deseret Book publication Jerusalem: The Eternal City. This book provides a detailed survey of past, present and future Jerusalem.  Next to actually travelling to the Holy Land for a visit, Jerusalem: The Movie and  Jersualem: The Eternal City are great resources for anyone who is interested in this unique city.
Posted by John Hancock at 9:14 PM