Choose Ye This Day: General Conference or Elvis, the Beatles, and the Rolling Stones 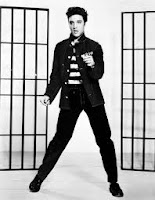 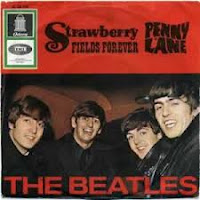 A short time ago a number of Mormon bloggers embarked on what has since come to be known as The General Conference Odyssey, an approximately 14 year blogging project to read and to comment upon every General Conference of the Church of Jesus Christ of Latter-day Saints from April 1971 to the present.  We just finished reviewing the April 1971 General Conference (see my posts on this project thus far see here, here, here, here, here, here and here) and are now forging into the October 1971 sessions.  The main purpose of this project, as I understand it, is to become more familiar with the teachings of the latter-day prophets and apostles from 1971 to the present (or to the future present) by reading all of the conference talks, posting our personal responses to the talks, and linking to the personal responses of every other participant.  For a more detailed explanation of the project, see here.

This week we are reviewing the Friday morning session of the October 1971 General Conference of the Church of Jesus Christ of Latter-day Saints.  As I have read through some of my previous posts, as well as the posts of others who are involved in this project, it has occurred to me that our commentary, as interesting as it may be, is only that: commentary.  It is a good way for us to remember and to assimilate that which we have understood through our study of the talks.

If anything, this project serves as an invitation for others to study the original talks, and to be blessed by them.  As I hoped to make clear in my first post, even these earlier talks take a back seat to the revelation that flows from our current prophet, apostles and general authorities.  But as I also hoped to make clear, there is a constancy and a consistency to revelation throughout history.  In other words, the Lord and His work remain constant while we mortals grow in our understanding and capacity to live according to every word which proceedeth forth out of the mouth of God. (Matt. 4:4, D&C 84:44, D&C 98:11)

As I have pondered these talks and these concepts, I have begun to better understand that the phenomenon of General Conference itself is something to be grateful for.  From the first conference with Adam and Eve in the Garden of Eden to the present, and to future reunions in Zion and in the New Jerusalem, General Conference is an inestimable blessing.

I was again reminded of the blessings of General Conference this week as I embarked on an equally ambitious journey to read, together with a group of friends, the entire History of the Church this year.  In the early chapters of the History of the Church we read about the first General Conference of the Church of Jesus Christ of Latter-day Saints in this, the final dispensation of the Gospel in the fulness of times.  The prophet Joseph Smith received a commandment to organize the Church, and the Spirit of the Lord was poured out upon the early saints who met in the house of Mr. Peter Whitmer on Tuesday, the sixth day of April in 1830:

"Having opened the meeting by solemn prayer to our Heavenly Father, we proceeded, according to previous commandment, to call on our brethren to know whether they accepted us as their teachers in the things of the Kingdom of God, and whether they were satisfied that we should proceed and be organized as a Church according  to said commandment which we had received.  To these several propositions they consented by a unanimous vote.  I then laid my hands upon Oliver Cowdery, and ordained him an Elder of the 'Church of Jesus Christ of Latter-day Saints;' after which, he ordained me also to the office of an Elder of said Church.  We then took bread, blessed it, and brake it with them; also wine, blessed it, and drank it with them.  We then laid our hands on each individual member of the Church present, that they might receive the gift of the Holy Ghost, and be confirmed members of the Church of Christ.  The Holy Ghost was poured out upon us to a very great degree- some prophesied, whilst we all praised the Lord, and rejoiced exceedingly." (p. 77-78)

From this very small beginning, or re-beginning, the Church of Jesus Christ of Latter-day Saints has continued to grow.  It has continued to hold general conferences during which the Holy Ghost is poured out, the gift of prophecy is manifest, and those who participate in the conference are moved to praise the Lord and to rejoice.

The same is true of the Friday morning session of the October 1971 session of the General Conference of the Church of Jesus Christ of Latter-day Saints.  But as with any General Conference, the purpose is not just to receive the Spirit and to be inspired.  More importantly, we are invited to bind ourselves to act upon the instruction we receive.  Elder Paul V. Johnson explains:

"In order for the messages of general conference to change our lives, we need to be willing to follow the counsel we hear. The Lord explained in a revelation to the Prophet Joseph Smith 'that when ye are assembled together ye shall instruct and edify each other, that ye may know … how to act upon the points of my law and commandment.' But knowing 'how to act' isn’t enough. The Lord in the next verse said, 'Ye shall bind yourselves to act in all holiness before me.' This willingness to take action on what we have learned opens the doors for marvelous blessings."

With this principle in mind let me just briefly mention that the Friday morning session of the October 1971 General Conference of the Church of Jesus Christ of Latter-day Saints was just as saturated with the Spirit of the Lord as was the first meeting of the Church in 1830.  Joseph Fielding Smith, Boyd K. Packer, Henry D. Taylor, Eldred G. Smith, Loren C. Dunn, Franklin D. Richards, and Ezra Taft Benson teach of Jesus Christ and the Plan of Salvation, and they preach repentance with power and with authority.

All of the talks are worth reading, and there are many great passages that I could mention, but Ezra Taft Benson's talk stood out to me because of his memorable descriptions of music.  In his talk, Benson describes the difference between godly music and evil music.  It is sad to think that the evil music that Benson describes might now be considered merely quaint or mildly entertaining.  What kind of music was popular in 1971?  Only a few years after this talk, drugs claimed the life of the King of Rock and Roll, Elvis Presley, the Beatles had just broken up, and the Rolling Stones were already in their Golden Age.  Benson explains:

"Tolerance is a word valuable in the service of Satan. Alexander Pope warned 200 years ago that:

'Vice is a monster of so frightful mien
As to be hated needs but to be seen;
Yet seen to oft, familiar with her face,
We first endure, then pity, then embrace.' ('An Essay on Man')"

What have we seen?  What have we endured?  Pitied?  Embraced?  Compared to some of the so-called "music" that is prevalent today, Elvis, the Beatles, and the Stones are as holy as the Mormon Tabernacle Choir.

So the choice is yours: General Conference or Elvis, the Beatles, and the Rolling Stones.  Someone may have already stepped on your blue suede shoes.  You may have already walked through Strawberry Fields.  And there might be a good reason why you can't get no satisfaction.  So turn off the Stones, put away your Beatles Albums, and stop gyrating your hips to Elvis long enough to read these conference talks, or better still, to study the teachings of the current prophets and apostles.

Here are other blog posts on this session of General Conference:

Posted by Horatius Cocles at 9:18 PM