Grain on the Brain: An Inflammatory Debate

In a recent post I demonstrated why it is good to get fat (spiritually), but in this post I will briefly discuss why one doctor believes it is actually be good for you to eat fat (physically).  In his #1 New York Times bestseller Grain Brain: The Surprising Truth about Wheat, Carbs, and Sugar - Your Brain's Silent Killers, Dr. David Perlmutter describes the devastating effects that excessive amounts of carbohydrates can have on our health, while revealing the positive effects of good fat and cholesterol. Perlmutter's research shows that simple adjustments to our diets can rapidly improve our mental and physical well-being by preventing or decreasing inflammation and facilitating the absorption of vital nutrients.  Dr. Perlmutter's prose is accessible, but he doesn't shy away from giving detailed support for his assertions.  He also provides a variety of clinical case studies to back up his thesis.

Dr. Perlmutter promises that his simple, straightforward program has "many benefits beyond the obvious physical ones.  Optimal brain health," he continues, "(and a smaller waistline) might be first and foremost on your mind, but the rewards don't end there.  You will see change in every area of your life.  You will feel more confident and have more self-esteem.  You'll feel younger and more in control of your life and future.  You'll be able to navigate through stressful times with ease, have the motivation to stay active and engage with others, and feel more accomplished at work and home.  In short, you will be happier and more productive.  And your success will breed more success.  When your life becomes richer, fuller, and more energized as a result of your efforts, you won't want to revert to your old, unhealthy lifestyle.  I know you can do this.  You must, for yourself and your loved ones.  The payoffs- and the potentially calamitous consequences if you don't heed this advice- are huge."

Of course, not everyone agrees with Perlmutter, particularly doctors with their own diets to sell or those who are in the business of selling grains.  One doctor argued that, "He's telling people to eat salmon, to eat avocados.  Is that realistic?  Will you get your kids to eat that for breakfast?  Is that sustainable?"  Another doctor calls Perlmutter's theory "smoke and mirrors."  Yet another doctor refutes Perlmutter's thesis by arguing that, "there is plenty of modern research demonstrating that diets rich in refined and processed carbohydrates are harmful. However, this is not due to carb content alone, and there’s no evidence that whole-food carbs have the same effect. When an author or expert recommends excluding or severely limiting one of three macronutrients that humans consume, the evidence demonstrating harm should be strong—not only because of the inconvenience of following such a restricted diet, but because extreme diets (ketogenic or VLC diets in this case) are not always harmless."  One author, instead of trying to refute the Perlmutter's theory simply indicts him for hyperbole.

As I research the effects of wheat and grains in our modern diets, one reason why I am inclined to side with Perlmutter in this debate is that many of his detractors (at least those featured most prominently online) show little evidence of actually having read and understood his book.  Those who did read and understand Perlmutter's book seem intent on misrepresenting his theories or accusing him of selling out to meat.  As McDougall contends, "Just as important for the rising popularity of low-carbohydrate diets, books like Wheat Belly and Grain Brain enhance the profits of the meat, dairy, egg, and fish industries."  Perlmutter is also known for advocating a "functional and holistic approach toward treating brain disorders," which is an "alternative" that many other doctors can't seem to stomach.

The notion that excessive carbohydrates cause inflammation and insufficient amounts of good fats and cholesterol in our diets could be some of the underlying causes of many modern ailments does not sound too far fetched.  Furthermore, since Perlmutter's critics allege that he is some sort of a conspiracy theorist because he opposes pharmaceutical quick-fixes and government regulated diets, his ideas begin to sound more credible.

Detractors from the Brain Grain theory also point to the fact that, as Perlmutter posits, the optimal human diet disappeared when humans ceased to be hunter-gatherers and resorted instead to agriculture.  Dr. David Katz insists that Perlmutter's theory that the Stone Age diet was 75% fat is "wildly preposterous."  Other detractors group Perlmutter together with other celebrity pseudo-scientists such as Atkins, Malcolm Gladwell, and Jonah Lehrer.  While it's true that Perlmutter may have exaggerated some of his claims in order to prove a point, it could easily be just as true that his detractors exaggerate their own claims.  Hence, the controversy over grain continues.

In order to get down to the nitty-gritty of the grain problem, perhaps we first need to ask a few questions and establish a few criteria.  What is wheat?  What is gluten?  Is the wheat we consume today the same as it was, say, 50 years ago, or has it been genetically modified?  Why or why not?  Is gluten bad for you?  Why?  Does it cause inflammation?  How?  If healthy humans have been eating wheat for 10,000 years, why is it suddenly a problem?  What is a healthy human?  Were hunter-gatherers healthier than agricultural laborers?  How so?  Are gluten free products better for your health?  What are the political implications of theories about wheat?  Last but not least, the code of health for members of the Church of Jesus Christ of Latter-day Saints, or the Lord's law of health known as the Word of Wisdom, explicitly states that, "All grain is ordained for the use of man and of beasts, to be the staff of life," "All grain is good for the food of man," and "Nevertheless, wheat for man." (D&C 89:14,16,17)  Did the revelation get it wrong?  Talk amongst yourselves. 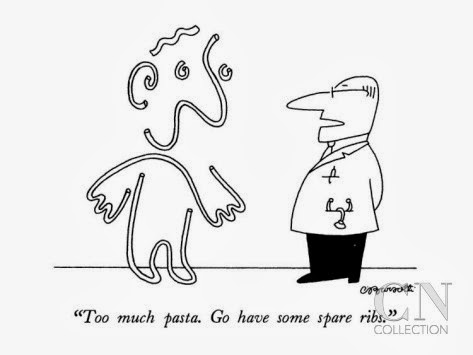