Is Big Brother Watching You?: Reflections on George Orwell's 1984

"If you want a picture of the future, imagine a boot stamping on a human face - forever."         -O'Brien to Winston, Nineteen Eighty-Four, George Orwell 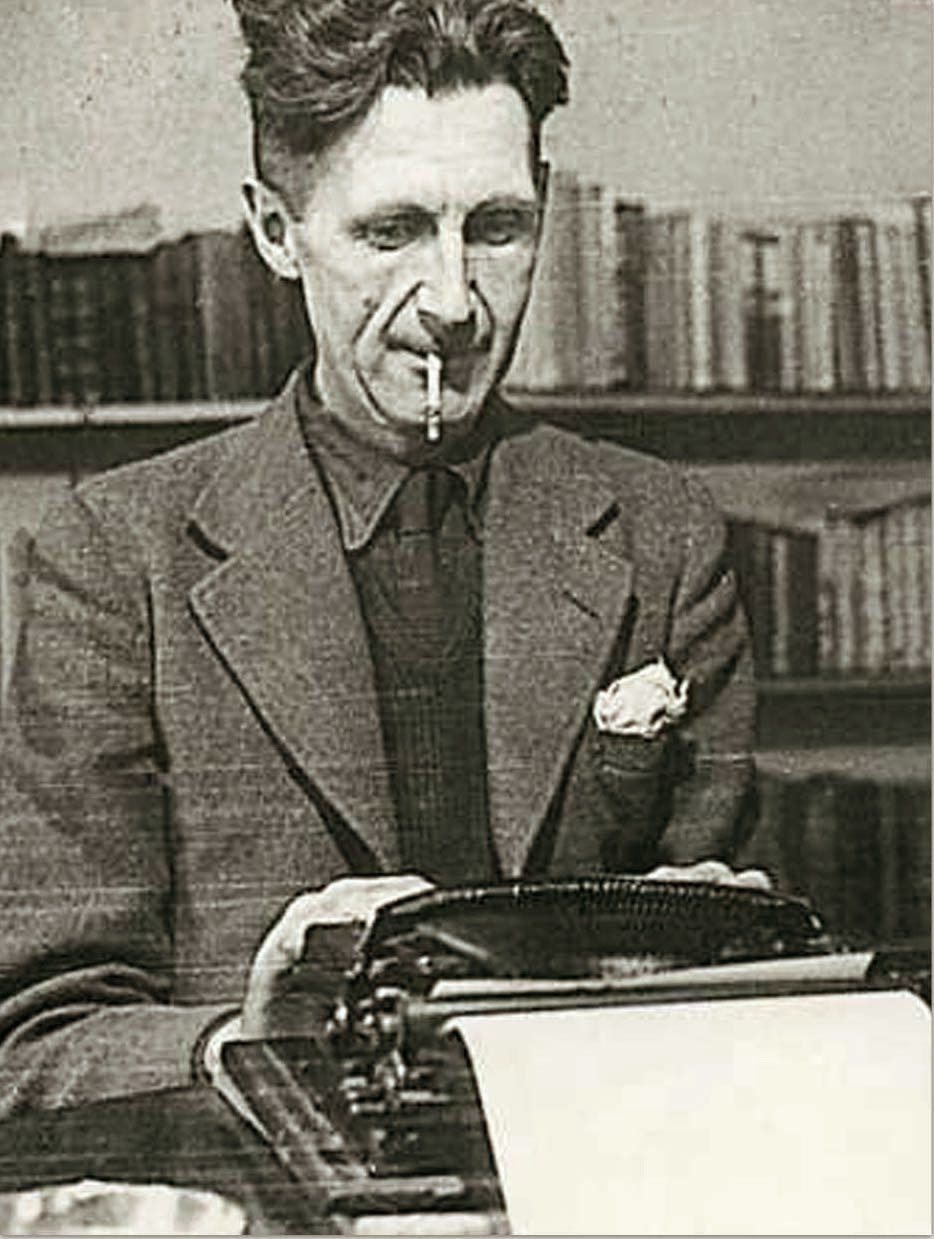 Eric Arthur Blair, more commonly known by the pseudonym George Orwell, published his two most popular books well before the internet and the world wide web had even been imagined.  In 1945 he published the novella Animal Farm, and in 1949 he published the haunting dystopian novel Nineteen Eighty-Four.  Although his native Great Britain was not transformed into Airstrip One by the year 1984, Orwell's vision of the future, particularly as seen through the eyes of Winston Smith and Julia (the two protagonists of Nineteen Eighty-Four), contains prescient and timeless insights.

When the year 1984 actually arrived, there was no Oceania superpower in a state of perpetual warfare with Eurasia and Eastasia.  There were no real Thought Police patrolling cities in search of enemies of the Inner Party.  No one was being arrested for thoughtcrime or its heinous corollary facecrime, a Newspeak term implying a person's guiltiness of thoughtcrime based solely upon his or her facial expressions.  And surprisingly, there was no Big Brother either.

No, there were no telescreens or memory holes.  Instead, in 1984, Dr. Jon Postel published a series of papers describing ideas that lead to the .com revolution.  That same year, the Prime Minister of India, Indira Gandhi, was assassinated.  The USSR and Soviet block boycotted the 1984 Olympic Games in Los Angeles.  Mikhail Gorbachev was rising through the ranks of the Communist Party... and the Raiders won the Super Bowl. 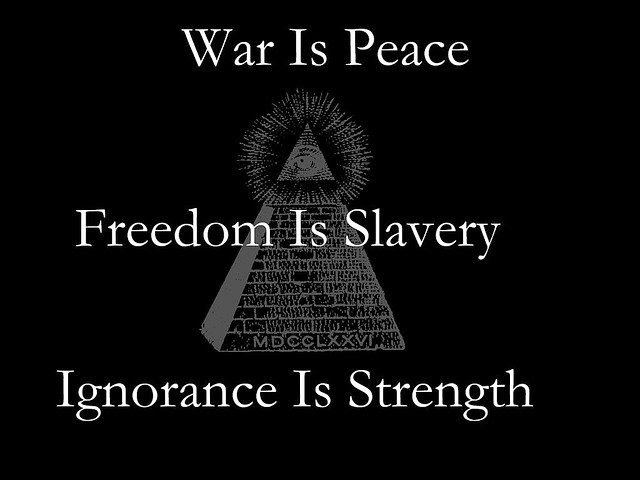 Of course, Orwell's nightmarish account was not intended to be a precise prophecy.  Rather, it was an incisive warning and a keen meditation on human nature (see Erich Fromm's Afterword to 1984).  Orwell's novel reminds us that power doesn't just corrupt, it reveals.  "Most people can bear adversity, wrote Robert G. Ingersoll, "but if you wish to know what a man really is, give him power." Nineteen Eighty-Four also reminds us that blind faith in human reason and naive hope in human progress lead inexorably toward a vacuum of nihilistic despair.  More often than not, despotic powers rush in to fill such a void.  In the case of Orwell's Oceania, it took constant coercion from the Inner Party for Big Brother to replace God.  Even the noble Winston ultimately displaced Truth by the doctrine of Doublethink.

History is replete with facts about dictators who seized power and tyrants who oppressed.  History may record, but Orwell's fiction makes such facts palpable.  Nineteen Eighty-Four demonstrates that abuses of authority augment in the desolation of disbelief.  As one wise man astutely observed: "Decrease the belief in God, and you increase the numbers of those who wish to play at being God by being 'society’s supervisors.' Such 'supervisors' deny the existence of divine standards, but are very serious about imposing their own standards on society." (Elder Neal A. Maxwell, The Prohibitive Costs of a Value Free Society)

Some readers may twinge at Orwell's gruesome descriptions of surveillance, subterfuge and suffering.  Meanwhile, modern menaces lurk in the shadows like so many thought police.  Inner Party ideologies and O'Brien-esque oppressions beleaguer the Winstons and the Julias of the world.  Many are shamed into doubting their own sincerity, as if the public square were constantly being guarded by a suspicious telescreen.  As Winston understood, "It was terribly dangerous to let your thoughts wander when you were in any public place or within range of a telescreen. The smallest thing could give you away. A nervous tic, an unconscious look of anxiety, a habit of muttering to yourself -- anything that carried with it the suggestion of abnormality, of having something to hide. In any case, to wear an improper expression on your face (to look incredulous when a victory was announced, for example) was itself a punishable offense. There was even a word for it in Newspeak: facecrime, it was called. " (p.62)

Metaphorically speaking, modernity hastens us toward Room 101 in the Ministry of Love, where the rats of political correctness threaten to gnaw the face of our convictions and nibble out the eyes of our understanding.  After all, just because Winston was paranoid didn't mean that Big Brother wasn't watching him. 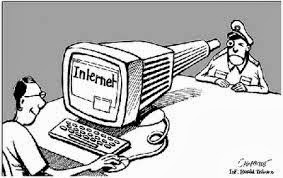