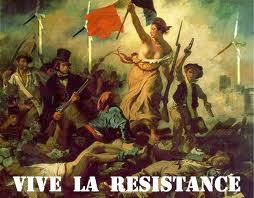 "As the happiness of the people is the sole end of government, so the consent of the people is the only foundation of it, in reason, morality, and the natural fitness of things. And therefore every act of government, every exercise of sovereignty against or without the consent of the people is injustice, usurpation, and tyranny. It is a maxim that in every government there must exist somewhere a supreme, sovereign, absolute and uncontrollable power; and it never was, or can be delegated to one man or few; the great Creator having never given to men a right to vest others with authority over them unlimited either in duration or degree.

When kings, ministers, governors, or legislators, therefore, instead of exercising the powers intrusted with them according to the principles, forms, and proportions stated by the Constitution, and established by the original compact, prostitute those powers to the purposes of oppression; to subvert, instead of preserving the lives, liberties, and properties of the people, they are no longer to be deemed magistrates vested with a sacred character, but become public enemies and ought to be resisted."