Approximately one year ago I listened to a brief presentation given by a member of the presidency of the Mount Timpanogos Temple of the Church of Jesus Christ of Latter-day Saints.  The speaker recounted the story of a vision received by Wilford Woodruff while he was serving as the President of the St. George Temple.  In this vision, a group of historically eminent men, including many of the Founding Fathers, appeared to Wilford Woodruff to request the redemptive blessings, ordinances and covenants of the temple.  I was surprised and somewhat troubled to learn that although many of the signers of the Declaration of Independence were among this group of eminent men, John Hancock was not one of them. 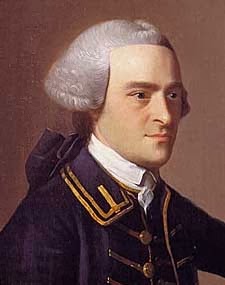 Although I am not directly related to the original John Hancock (he had two children, a son and a daughter who both died in their youth), and although my parents may have chosen to name me after the New Testament John (John the Baptist or John the Beloved), I have, for many reasons, still felt a connection to this early American patriot.  For example, I was born in 1976, the bicentennial anniversary of the signing of the Declaration of Independence, and my father, Ralph Hancock, has written and taught extensively about the American Revolution and the American Founding (see here, here, here, and here).  When I was in grade school, I even wrote a report about his life, which included my own rendition of his famous signature on the Declaration of Independence (and for those Chris Farley fans out there, no, it's not Herbie Hancock). 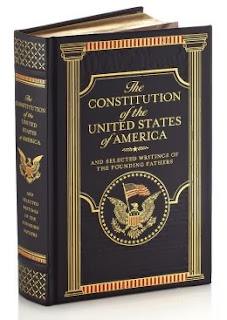 But not until just a couple of days ago, after picking up a copy of The Constitution of the United States of America, and Selected Writings of the Founding Fathers, did I realize why, in spite of his obvious shortcomings, I have more than just cursory reasons to be proud of my namesake.  On March 5, 1775 John Hancock delivered a speech (The Boston Massacre Oration) that he had prepared (probably with the help of his mentor Samuel Adams) for the occasion of the fourth annual commemoration of the Boston Massacre.  If you are ever tempted to feel ungrateful, complacent or neglectful of the precious gift of liberty, might I recommend a perusal of this speech to put a little fire into your belly, so to speak.  John Hancock and his cohorts were true Sons of Liberty, as they called themselves, and they were noble men.  Their hatred of tyranny was so fierce, and their love of liberty so fervent, that even the fear of death was utterly abolished from their hearts and minds.  As Wilford Woodruff later recorded: “I am going to bear my testimony to this assembly, if I never do it again in my life, that those men who laid the foundation of this American government and signed the Declaration of Independence were the best spirits the God of heaven could find on the face of the earth. They were choice spirits, not wicked men. General Washington and all the men that labored for the purpose were inspired of the Lord. Another thing I am going to say here, because I have a right to say it. Every one of those men that signed the Declaration of Independence, with General Washington, called upon me, as an Apostle of the Lord Jesus Christ, in the Temple at St. George, two consecutive nights, and demanded at my hands that I should go forth and attend to the ordinances of the House of God for them.... I told these brethren that it was their duty to go into the Temple and labor until they had got endowments for all of them. The did it. Would those spirits have called upon me, as an Elder in Israel to perform that work if they had not been noble spirits before God? They would not.” (Wilford Woodruff, Conference Report, April 1898, p. 89-90.)