A long time ago, before the invention of the internet, or movies, many people improved their minds and derived enjoyment by means of strange, small, rectangular objects.  These objects were not Nintendos, X-Boxes, Playstations or computers. These objects, some hard, some soft, contained many sheets of paper with words printed upon them.  In a former time, people opened these objects, turned the pages, and read the words that were printed upon the pages.  The words were combined into sentences, paragraphs and chapters in such a way as to communicate meaning.  There are still some among us today who remember palpating and even reading from these strange, small, rectangular objects that at one time were known by the appellation "books".  These relics were once considered an essential part of a well-rounded education.

I wonder, however, if it is humanly possible to listen to the Reading Rainbow theme song or the California Raisin Books Rap of a bygone era without feeling an urgent, nay, a consuming desire, to read?  Probably not... but don't take my word for it.

Perhaps the only thing standing between you and the library, or you and the bookshelf, or you and that rectangular object on your night stand, is a recommendation.  If you are anything like me, you might have even started reading a book, then put it down to start another 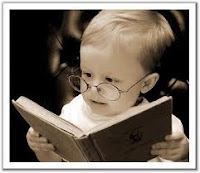 one, and then put that one down to start yet another one.  Don't despair.  The following is a list of ten books that, even if they are only sampled, and even if you have read them before, will enrich your life immeasurably: