The God Who Weeps: A Review

Recently there has been a lot of buzz surrounding a new book, The God Who Weeps: How Mormonism Makes Sense of Life, created by the dynamic (and prolific) duo Terryl and Fiona Givens.  In response to a what many in the Mormon intellectual community consider to be a growing need for philosophically rigorous and theologically rich discourse, Deseret Book agreed to publish this most recent magnum opus.

The God Who Weeps also comes as an invitation to focus more attention on the essential doctrines of Mormonism instead of the peripheral culture.  Such an invitation it is hoped, will, in Terryl Givens' own words, "radically resonate with with Christians and spiritually minded people everywhere."  Thus far, the invitation has been mostly well received both inside (see, for example, these reviews at Times and Seasons, By Common Consent, Wheat and Tares, Feminist Mormon Housewives, and Mormon Stories) and outside (see, for example, excerpts from this praise) of the Mormon intellectual community. (For "What is an intellectual?" see here, and for the question, "What is a Mormon Intellectual?", see here). 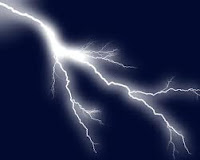 Like the teachings of the prophet that he described in his speech to students at a BYU forum in 2005 (Lightning out of Heaven), Givens' lightning words have struck the dry kindling of the fire pit of the Mormon intellectual community, warming those who are afflicted with doubts.  In an attempt to rescue the merciful God from the wrathful and reproving God of Calvinism, Givens brings to the foreground of the LDS scriptural canon the apocalyptic vision of Enoch, an ancient prophet of the original Zion.

In The God Who Weeps, Givens proposes five core components of Mormon theology, namely, that "1. God is a personal entity, having a heart that beats in sympathy with human hearts, feeling our joy and sorrowing over our pain, 2. We lived as spiritual beings in the presence of God before we were born in this mortal life, 3. Mortality is an ascent, not a fall, and we carry infinite potential into a world of sin and sorrow, 4. God has the desire and the power to unite and elevate the entire human family in a kingdom of heaven, and, except for the most stubbornly unwilling, that will be our destiny, and 5. Heaven will consist of those relationships that matter most to us now."

In this theological tour de force, Givens gets to the heart of matters by addressing themes of love, desire and agency.  He demonstrates great breadth of knowledge while simultaneously plumbing the depths of the nature of God and man.  He is quick to point out, and rightly so, that heaven is not an exclusive club reserved for only the most gifted or able, but that God, our Heavenly Father desires that all of His children obtain the same joy and blessings, the same eternal life that He enjoys.

In addition to plentiful passages and parables from poets and sages, Givens takes the account of Enoch as recorded in the Book of Moses in the Pearl of Great Price as the guiding narrative of The God Who Weeps.  The God that Givens portrays is not just a God with body and parts, but more precisely a God with passions, one who has compassion, even to the extent of being vulnerable.  Certainly Givens is right to remind the reader that one of the central lessons of the vision of Enoch is that charity is the great virtue that is under attack, and that God's love is all encompassing.  The Love of God, as manifested through the Atonement of Jesus Christ is at the center of Enoch's vision, of Heavenly Father's plan of salvation, and I believe, of Givens' book.

As much as I enjoyed this new book, The God Who Weeps, and as little as I want to throw cold water on the fire that it has kindled, it seems to me that perhaps Givens takes the weeping metaphor a little too far.  Of course, God, our Heavenly Father, has greater mercy, love, compassion, kindness, wisdom, knowledge, virtue and patience than we can adequately imagine or describe, but he is also perfectly just.  He lovingly and constantly calls upon us all to repent and exercise faith in His Son Jesus Christ.  In The Problem of Pain, C.S. Lewis explained:

"What would really satisfy us would be a God who said of anything we happened to like, 'What does it matter so long as they are contented?'  We want, in fact, not so much a Father in Heaven as a grandfather in heaven - a senile benevolence who, as they say, 'liked to see young people enjoying themselves' and whose plan for the universe was simply that it might be truly said at the end of each day, 'a good time was had by all'."

Fortunately, The God Who Weeps includes an extensive treatment of the doctrines of faith in Christ and repentance as well.  As we learn from the account in Moses, Enoch's heart "swelled wide as eternity; and his bowels yearned; and all eternity shook." (Moses 7:41)  Enoch, like God, wept to behold the wickedness of God's children, which caused him to ask longingly: "When shall the day of the Lord come?" (Moses 7:45)  Enoch wept again, refusing to be comforted, until God covenanted with him (see Moses 7:59-64).  Enoch was in the bosom of God and Zion, but he wept when he saw that the people in Noah's day and in the last days would not heed the call to repentance.  That it may be otherwise, that the call of repentance may be heeded, has been the hope of Enoch and all the prophets.  When this warning is heeded, then the God who weeps may smile and rejoice.