What is an Intellectual? 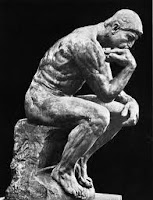 What exactly is an intellectual? Presumably, the word intellectual has something to do with intelligence. Let's investigate this claim.

The word intellect can be traced to the Latin verb intellegere.  This Latin verb can be better understood by dividing into its component parts: inter meaning between and leggere meaning to choose, to pick out, or to read.  In other words, intellegere means to discern or to understand. This verb, in turn, can be traced to the Greek word nous (νοῦς).  These Latin and Greek words are related the idea of intuition, perception or thought, and to the faculty of the human mind to understand what is real and true, that is, the faculty of reason.

For a more complete understanding, let's turn to one whom Yale Professor Harold Bloom once described as "the most eminent intellectual in Mormon history," namely Joseph Smith. 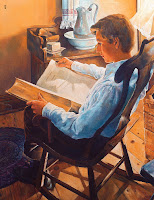 From an early age, Joseph Smith was attuned to the things of eternity. His mother once described him as being "less inclined to the perusal of books than any of the rest of our children, but far more given to meditation and deep study" (Lucy Mack Smith, Biographical Sketches of Joseph Smith)  Joseph Smith himself once stated that the "things of God are of deep import; and time, and experience, and careful and ponderous and solemn thoughts can only find them out. Thy mind, O man! if thou wilt lead a soul unto salvation, must stretch as high as the utmost heavens, and search into and contemplate the darkest abyss, and the broad expanse of eternity- thou must commune with God. How much more dignified and noble are the thoughts of God, than the vain imaginations of the human heart!" (History of the Church, 3:295-96)

Parley P. Pratt, one of Joseph Smith's dearest and most loyal friends, shed further light on this definition of intelligence when he stated:

"It was at this time that I received from him [Joseph Smith] the first idea of eternal family organization, and the eternal union of the sexes in those inexpressibly endearing relationships which none but the highly intellectual, the refined and pure in heart, know how to prize, and which are at the very foundation of everything worthy to be called happiness." (Autobiography of Parley P. Pratt, 259-60)

Of course, those whom Pratt described as "the highly intellectual" were not necessarily adherents to any particular philosophical tradition, nor were they necessarily creators and disseminators of ideas.  They were ordinary people who could understood that which Joseph Smith recorded in the 88th section of the Doctrine and Covenants:

"For intelligence cleaveth unto intelligence, wisdom receiveth wisdom, truth embraceth truth, virtue loveth virtue, light cleaveth unto light; mercy hath compassion on mercy and claimeth her own; justice continuity its course and claimeth its own; judgment goeth before the face of him who sitteth upon the throne and governeth and executeth all things."
(D&C 88:40)

Thus we can see that, although connected and interwoven, there is a difference between knowledge and intelligence, the former being obtained by diligence and the latter by obedience:

"Whatever principle of intelligence we attain unto in this life, it will rise with us in the resurrection.


And if a person gains more knowledge and intelligence in this life through his diligence and obedience than another, he will have so much the advantage in the world to come." (D&C 130:18-19)

So what exactly is an intellectual? Certainly this depends on how you define intelligence, and how you understand the role of intellectuals in the public square. What is a Mormon intellectual?  This is a question for another day.