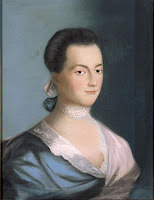 There have been many women throughout history who have inspired me and stirred in me a desire to improve, women such as Eve, Hannah, Esther and Mary.  Some time ago I read McCullough's biography of John Adams and was inspired the character, intelligence and resilience of his wife Abigail.  Although I know relatively little about her life, I am convinced that she was instrumental in the creation and the preservation of the nation whose liberties we now enjoy.  In 1774 in a letter to her husband, Abigail delivered a rebuke that is applicable to any era of political change:

"We have too many high-sounding words, and not enough actions that correspond with them."

Later she wrote: "I am more and more convinced that man is a dangerous creature; and that power, whether vested in many or a few, is ever grasping, and, like the grave, cries, “Give, give!”

If her chastisement of politicians and of men in general did not sting enough, certainly her later rebuke of husbands hit the mark:

"Whilst you are proclaiming peace and good will to men, emancipating all nations, you insist upon retaining an absolute power over wives. But you must remember that arbitrary power is like most other things which are very hard, very liable to be broken — and notwithstanding all your wise laws and maxims we have it in our power not only to free ourselves but to subdue our masters, and without violence throw both your natural and legal authority at our feet." 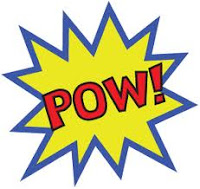 Lest we suppose her reproof was aimed only at men, she produced this pearl for women in a letter to Elizabeth Shaw in 1791:

"Knowledge is a fine thing, and mother Eve thought so; but she smarted so severly for hers, that most of her daughters have been afraid of it since."

How it must have been to read those letters fresh from the pen!  Perhaps Adams felt a bit like Dante the Pilgrim in purgatory, who, soon after Virgil's departure, encountered the piercing gaze and timely rebuke of Beatrice: 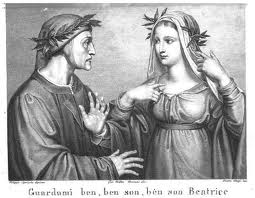 "Look at me well; in sooth I'm Beatrice!
How didst thou deign to come unto the Mountain?
Didst thou not know that man is happy here?"


To this censure, Dante the Pilgrim had no reply, except to gaze downward like a little boy blistering at his mother's scolding:

Severe compassion. Thank heavens for it, because only such compassion can produce men who can bare the beatific vision, or men like Adams, or the former farm boy turned wounded warrior - Westley in William Goldman's classic The Princess Bride, who defied the six-fingered man with the now immortal refrain: "We are men of action.  Lies do not become us."