Hope for the Years Ahead 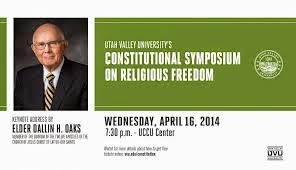 Elder Oaks offered his perspectives and wisdom on behalf of all religious people in order to instill greater hope for the future.  Although he recognized a diminution of First Amendment rights in the United States, due in part to the restraining and restricting forces of political correctness,  Elder Oaks optimistically emphasized several positive trends in the defense of religious freedom.  In spite of increasing threats to First Amendment freedoms in the form of new laws criminalizing so-called "hate speech," the inability of scholars to publish unpopular ideas in journals, pressures from universities enforcing dogmas of political correctness, campus speech codes, rhetoric of anti-religious bigotry, the firing of a prominent corporate executive for his unpopular views, and so forth, Elder Oaks reminded his audience of the ancient wisdom that "It is easier to make friends than to make laws." 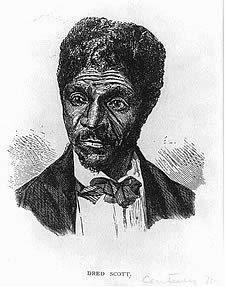 It is a troubling trend when people of religious faith are bullied from the public square on the basis of assumed motives or stultifying stereotypes, as Elder Oaks remarked, "Rejecting one’s right to be heard in official communications because of a stereotype replays an evil episode from one of the darkest periods of our Supreme Court’s history. In its 1857 opinion in the case of Dred Scott, the United States Supreme Court polarized the nation and propelled it toward civil war by ruling that a black African person, whether bond or free, had no right of access to the federal courts.  I see a parallel between denying judicial access to a person on racial grounds and excluding public consideration of a person’s opinions on religious grounds."

Nevertheless, Elder Oaks mentioned at least three specific reasons to remain optimistic: 1. An increasing recognition of the importance of religious freedom, 2. calamities can strengthen rather than destroy, and 3. the hope for mutual understanding and accommodation.  In connection with this last point, Elder Oaks decried the atmosphere of anger and contention that results from disagreements, while calling for a reawakening of the "'bonds of affection' that President Matthew Holland showed to be essential to the founding of our nation—'broadly shared ideas of biblical love, artfully refashioned into a guiding public principle.'"

As Elder Oaks indicated, these reasons for optimism in the face of challenges to religious freedom arise from the kind of hope that Elder Neal A. Maxwell once described: "Real hope is much more than wishful musing. It stiffens, not slackens, the spiritual spine. It is composed, not giddy, eager without being naïve, and pleasantly steady without being smug."

To conclude his speech, Elder Oaks extended the following invitation: "Such hopes can only be realized by concentrating on what we have in common, by striving for mutual understanding, by treating all our neighbors with goodwill, and by exercising patience. It is a time of hope for mutual respect and accommodation, but it is up to you and me to make it happen."

By following such Christian imperatives, there is certainly "Hope for the Years Ahead."