It's not the Critic who Counts: A Review of Daring Greatly 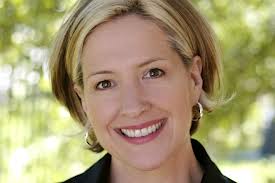 Brené Brown, PhD is a research professor at the University of Houston Graduate College of Social Work. She has dedicated a decade of her life to studying vulnerability, and she wrote a New York Times best seller entitled Daring Greatly: How the Courage to be Vulnerable Transforms the Way We Live, Love, Parent and Lead.  What does that mean, you might ask? Please allow me to elaborate. 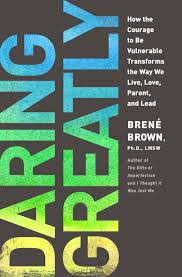 Dr. Brown is an award winning speaker who has produced one of the top ten most viewed TED talks. She started with something very basic, an inherent human need: connection. Through her research she discovered that shame and the culture of scarcity are the great obstacles to connection, and that vulnerability is the bridge to real connection.

Dr. Brown also discovered that wholehearted people had a great ability to demonstrate love and compassion for themselves as well as others, and that they fully embraced vulnerability.  In other words, those who have the courage to dare greatly do so based on a secure belief that they are both loving beings and beings worthy of being loved.

As basic as these theories might sound, I must admit that for one that sometimes finds it difficult to be vulnerable, Dr. Brown's research has the potential to effectuate a paradigm shift in my life, and in the lives of many others.  Most of all, Dr. Brown creates a vocabulary for talking about shame, vulnerability, belonging, and worthiness that may prove useful to individuals, families, employers, and employees (in other words, everyone), who desire to be and to feel more connected. 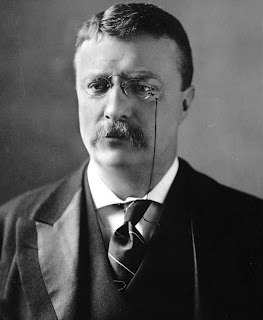 According to Dr. Brown, vulnerability is the core of shame, fear, and the struggle for worthiness, but also the birthplace of joy, creativity, belonging, and of love.  In her book Daring Greatly, Dr. Brown examines the implications of Teddy Roosevelt's statement:

“It is not the critic who counts; not the man who points out how the strong man stumbles, or where the doer of deeds could have done them better. The credit belongs to the man who is actually in the arena, whose face is marred by dust and sweat and blood; who strives valiantly; who errs, who comes short again and again, because there is no effort without error and shortcoming; but who does actually strive to do the deeds; who knows great enthusiasms, the great devotions; who spends himself in a worthy cause; who at the best knows in the end the triumph of high achievement, and who at the worst, if he fails, at least fails while daring greatly, so that his place shall never be with those cold and timid souls who neither know victory nor defeat.”


Dr. Brown examines her own adventures in the arena of life, the culture of scarcity, vulnerability myths and armory, disengagement, disruptive engagement, wholehearted parenting and other vulnerable topics. Each chapter has something to offer, because the author is cheerfully giving of herself, which is perhaps one of the reasons why her book has been at the top of the New York Times best sellers list. I was impressed by her chapters on gratitude and parenting, particularly by the idea that who we are and how we engage with the world matters more than what we know. Though I am not yet a parent, it makes sense that modeling correct behavior, teaching by example, is the best way to teach.

Although I don't agree with everything that Dr. Brown has to say in her book, I would recommend Daring Greatly to anyone who wishes to find more joy, creativity, belonging and love in their lives.  I would add that Dr. Brown's willingness to dare greatly, to be vulnerable herself is one of the things that makes her book so enjoyable to read.
Posted by John Hancock at 6:22 PM