It's Official: The Church of Jesus Christ of Latter-day Saints in Italy

The Apostles Peter and Paul were the earliest missionaries in Italy, but not until 1850, under the direction of another apostle, Elder Lorenzo Snow, did missionaries for the Church of Jesus Christ of Latter-day Saints return to Italy. More recently, in 2008, President Thomas S. Monson announced that a new LDS temple would be built in Rome. Some anticipate that it will be completed in 2014. 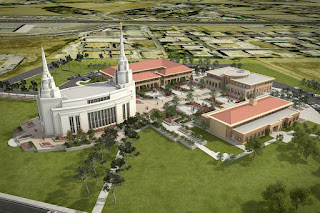 On July 30, 2012, President Giorgio Napolitano signed the Inteso con lo Stato, in which the Church is now officially recognized as a religious denomination, and a legitimate Christian faith in Italy. This is a fulfillment of a long awaited blessing (see also Deseret News / Meridian Magazine). To learn more about the history of the Church of Jesus Christ of Latter-day Saints in Italy, click here, or to learn more about the future temple in Rome, click here.
Posted by John Hancock at 1:42 PM