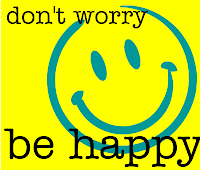 Most people, it seems, have at least one thing in common: the desire to be happy.


The Medieval Muslim philosopher al-Farabi wrote an entire treatise on The Attainment of Happiness, and "the pursuit of Happiness" is one of the unalienable rights listed in the United States Declaration of Independence.

Through ancient and modern prophets, God has revealed His great plan of happiness, or the plan of salvation.  God loves and blesses all of His children, and His earnest desire is for each of us to be happy and to experience joy.

It is little wonder therefore that Satan desires exactly the opposite.  He seeks to make all men as miserable as he is. (2 Ne. 2:27)

"What Satan put into the heads of our remote ancestors," wrote C.S. Lewis in Mere Christianity, "was the idea that they could 'be like gods' -could set up on their own as if they had created themselves-be their own masters-invent some sort of happiness for themselves outside God, apart from God. And out of that hopeless attempt has come nearly all that we call human history-money, poverty, ambition, war, prostitution, classes, empires, slavery-the long terrible story of man trying to find something other than God which will make him happy."

"The reason why it can never succeed is this. God made us: invented us as a man invents an engine. A car is made to run on gasoline, and it would not run properly on anything else. Now God designed the human machine to run on Himself. He Himself is the fuel our spirits were designed to burn, or the food our spirits were designed to feed on. There is no other. That is why it is just no good asking God to make us happy in our own way without bothering about religion. God cannot give us a happiness and peace apart from Himself, because it is not there. There is no such thing."

God knows better than we do what will make us happy, but Satan works relentlessly to destroy God's plan.

"The precious perspective that the gospel gives us and that is a part of the faith we need to develop," wrote Elder Neal A. Maxwell, "is bound up in the plan of salvation. This perspective, which the adversary so strongly resists our having, is precisely the one-dimensional view of life that clearly undergirds so much of agnosticism, whether ancient or modern.  Hearts that are stolen away from eternal perspectives inevitably become fixed and set upon the immediate and upon the things of this world. Time-transcending truths that tell mortals who they are and why they are here are the very truths the adversary most resists and fears. Hence his scoffing is so severe when things messianic are mixed with a foretelling of the future."

One way to understand how persistently Satan has attempted to thwart God's great plan of happiness is to consider how, under his influence, time-transcending truths were removed from the Holy Bible. The Prophet Joseph Smith declared: "I believe the Bible as it read when it came from the pen of the original writers. Ignorant translators, careless transcribers, or designing and corrupt priests have committed many errors" (TPJS, p. 327)


What were these errors?  What are some of the vital truths that had been eliminated from the Holy Bible? 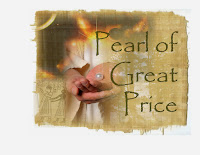 Here is a brief list of critical, time-transcending truths (plain and precious things) that were restored through the Prophet Joseph Smith and recorded in the Book of Moses (see also The Articles of Faith):

In summary, God the Eternal Father created a plan for us, His children.  His Son Jesus Christ is the most important part of this plan.  Heavenly Father and Jesus Christ want us to be happy and to experience joy in this life.  Latter-day scriptures, including the Book of Moses, complete, verify, and testify of the truth of the Holy Bible, restoring plain and precious things that lead to lasting happiness and joy in this life, as well as salvation and eternal life in the future.
Posted by John Hancock at 9:07 AM