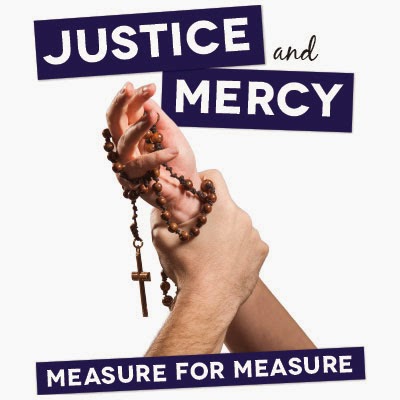 Last weekend a friend, a few relatives and I had the privilege of attending a riveting performance of William Shakespeare's Measure for Measure at the Cedar City, Utah Shakespeare Festival.  As the play bill presents it: "Can goodness survive in a corrupt society? Can evil be meted out, with justice and mercy? Can chaste, innocent Isabella endure the foul machinations of those around her? Shakespeare, in this seldom-produced but daring 'dark comedy,' tests integrity and decency to their limits. But, in the end, Isabella remains virtuous, and truth proves stronger than swords and evil men."  Of course, there is much more to it than that.  If you have some leisure, and you seek wisdom's treasure, with pleasure I endorse Shakespeare's Measure for Measure. (Click here for the audio, here for the BBC film)