What is God's Political Philosophy?

As I sift through the endless array of information and opinions in books, magazines, and blogs, seeking after wisdom, understanding, knowledge, light and truth, I cannot help but wonder: What is God’s political philosophy? What does He think about our post-modern, post-Christian, and post-everything world?

There is an intended double meaning in the phrase “post-everything”:  the present day comes after many previous days, but it is also a day in which to post anything and everything on the walls of a social networking cyber- circus. To discuss and engage in conversations online may be comparable to walking a tightrope.  What does God think of this cyber-circus? What does He see from His lofty eternal perspective? Do His thoughts coincide more with conservative, liberal, or libertarian viewpoints? Or are His thoughts, which are not our thoughts, simply above and beyond politics? What is His political philosophy? 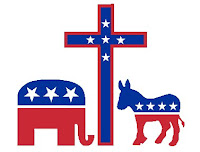 There was once a man who spoke the truth with such great power and authority that rivers of waters were turned out of their course.  This same man received a glimpse into the heart of God and wondered how God could weep and the heavens shed forth their tears as the rain upon the mountains. God commanded mankind, the workmanship of His hands, to love one another, and to choose Him, their Father, but people were without affection, full of hatred, wicked and miserable. Therefore He, God, wept.  Upon receiving this glimpse into the heart of God, this man’s heart swelled with such love, compassion and yearning that all eternity shook. This man refused to be comforted. He had bitterness of soul, and, like God himself, he wept. But did he know God’s political philosophy?

Another man received a glimpse into the heart of God.  He was young.  He felt uncertain in the midst of a war of words and a tumult of opinions.  He often said to himself: “What is to be done?”  He prayed to God vocally, and he saw a great light.  God and Jesus Christ appeared to him, rapture filled his bosom, and he learned what to do. He learned that those promulgating their opinions were all corrupt. He learned that they drew near to God with their lips, but their hearts were far from Him. He rejoiced to learn the truth for himself, and he could not deny it, neither would he, lest he offend God and come under condemnation. But did he know God’s political philosophy?

These men and others have glimpsed the heart of God and probed the mind of God.  But did they know God’s political philosophy?

There is much more to be done by way of generous glimpses and persistent probing, but the noise of internet voices can be loud and cacophonous.  In order to traverse the tightrope of the cyber-circus, metaphorically speaking, one inevitably meets mules, dodges donkeys, encounters elephants, and confronts clowns. Ideas shoot forth from ideological canons while intellectual lion-tamers crack the proverbial whip. And many are left wondering: What is God’s political philosophy?

I don’t know, but when Pilate asked Jesus if He were the king of the Jews, Jesus answered,
“My akingdom is not of this bworld: if my kingdom were of this world, then would my servants fight, that I should not be delivered to the Jews: but now is my kingdom not from hence…Thou sayest that I am a cking. To this end was I born, and for this cause came I into the world, that I should bear witness unto the dtruth. Every one that is of the truth heareth my voice.” 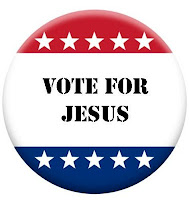 As to God's thoughts concerning the cyber-circus of internet discussions, one answer may be found in Romans chapter 14. Paul is particularly clear in verse 19: "Let us therefore follow after the things which make for peace, and things wherewith one may edify another."

And as to God's thoughts on any thoughts, including those that I have just shared, one of the best references to consider may be found in Isaiah chapter 55, verses 6-9:

6 ¶aSeek ye the bLord while he may be found, call ye upon him while he is near:
7 Let the wicked forsake his way, and the unrighteous man his thoughts: and let him areturn unto the Lord, and he will have mercy upon him; and to our God, for he will abundantly pardon.

8 ¶For my athoughts are not byour thoughts, neither are yourcways my dways, saith the Lord.
9 For as the heavens are higher than the earth, so are my awaysbhigher than your ways, and my cthoughts than your thoughts.
Posted by John Hancock at 1:00 AM